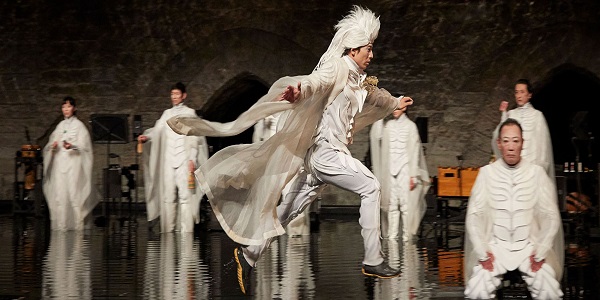 A popular and contemporary artistic adventure. Founded in 1947 by Jean Vilar, the Avignon Festival is today one of the most important contemporary performing arts events in the world.

Every year in July, Avignon becomes a city-theater, transforming its architectural heritage into various performance venues, majestic or surprising, welcoming tens of thousands of theater-lovers (over 130,000 admissions) of all ages. Its legendary space is the “Cour d’honneur” (main courtyard) of the Popes’ Palace, the heart of outdoor performances, before nearly 2,000 spectators, on summer nights in Provence. The spectators, often on vacation and far from home, spend several days in Avignon and see a few of the 40 or so shows, mostly plays and dance recitals and occasionally concerts or plastic arts events. The Festival successfully brings together a general public and international creation for an original alliance. Avignon is also a state of mind: the city is an open-air forum where festival-goers discuss the shows and share their experiences as spectators. For a month, everyone can have access to a contemporary and living culture.

There are more than thirty differents show performed during the Festival, but and also readings, exhibitions, films and debates, all of which are gateways into the invited artists’ own world. Every evening during the Festival, there is at least one show première, making Avignon a place of true creation and adventure for the artists as well as for the audience.

The Festival’s directors are appointed by the board, and have to be formally approved by the Mayor of Avignon and the French Culture Ministry. Since Jean Vilar, the artistic director has been entirely free to draw his or her programme up. All the public bodies involved always respected this independence, regardless of their political leanings.